A Lady's Life In The Rocky Mountains - Isabella Bird 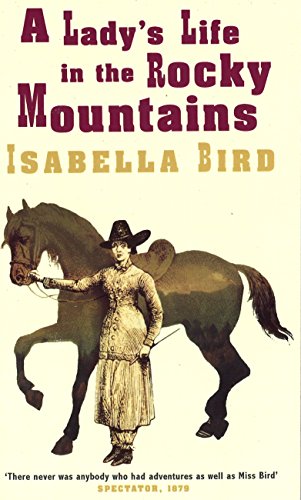 A Lady's Life In The Rocky Mountains

Born in 1831, Isabella, daughter of a clergyman, set off alone to the Antipodes in 1872 'in search of health' and found she had embarked on a life of adventurous travel. In 1873, wearing Hawaiian riding dress, she rode on her spirited horse Birdie through the American 'Wild West', a terrain only recently opened to pioneer settlement. Here she met Rocky Mountain Jim, her 'dear (one-eyed) desperado', fond of poetry and whisky - 'a man any women might love, but no sane woman would marry'. He helped her climb the 'American Matterhorn' and round up cattle on horseback.

The wonderful letters which make up this volume were first published in 1879 and were enormously popular in Isabella Bird's lifetime. They tell of magnificent unspoilt landscapes and abundant wildlife, of small remote townships, of her encounters with rattlesnakes, wolves, pumas and grizzly bears and her reactions to the volatile passions of the miners and pioneer settlers.

Posted by Endurance.Net at 8:00 AM No comments:

From East to West by Saddle is Best: A horseback journey across the Scottish Highlands - Claire Alldritt

What started as an idea on maps spread out along the length of her kitchen floor, turned into a challenging journey over mountains, through glens and around lochs. Against the backdrop of stunning Highland scenery, Claire Alldritt made her way from the east coast of Scotland, journeying with her two horses, working her way across to the west to dip her toes in the Atlantic Ocean.

Often using old drovers’ roads and avoiding as much tarmac as she could, this is a story of exploration, trust and resilience mixed with insightful glances into the history of the land passed through. Claire’s journey shows the value of friends old and new (whether with four legs or two) written with lively imagination and humour as they make their way along the trail.

Saddle up and take a ride across the Highlands with Claire, Swift and Yogi!

What they are saying:

“It was a delight to read, beautifully descriptive, a good mix of humour, history, trials and tribulations, anxieties, how to overcome things, teamwork, talking horses and what a journey!”

“I've now got cold coffee; I didn’t even turn the TV on last night as I couldn’t put it down and I am often chuckling out loud. A great mix of anecdote, history, description, and discussion with horses.”

“I thought it would just be something for the interested horsey person, but I love it as a travel book. Some nice ingredients there - personal anecdotes, a lively bit of imagination and some travel description. I loved it!”

“I love your descriptiveness; I can visualize it well. It made me actually smell the pine trees! Lovely to see the horse’s characters coming through and I love that your horses ‘talk’.”

Posted by Endurance.Net at 8:25 AM No comments:

Part American road trip, part coming-of-age adventure, and part uncommon love story—a remarkable memoir that explores the evolution of the human-animal relationship, along with the raw beauty of a life lived outdoors.

Melissa Chapman was 23 years old and part of a happy, loving family. She had a decent job, a boyfriend she cared about, and friends she enjoyed. Yet she said goodbye to all of it. Carrying a puppy named Gypsy, she climbed aboard a horse and rode away from everything, heading west.

With no cell phone, no GPS, no support team or truck following with supplies, Chapman quickly learned that the reality of a cross-country horseback journey was quite different from the fantasy. Her solo adventure would immediately test her mental, physical, and emotional resources as she and her four-legged companions were forced to adapt to the dangers and loneliness of a trek that would span over 2,600 miles, beginning in New York State and reaching its end on the other side of the country, in California.

Enchanted by the freedom a nomadic life seemed to promise, the young woman would soon find herself only more deeply connected…to the animals that accompanied her, to the varying and challenging landscapes through which she traveled, and to the people she met on the farms and back roads that crisscross the United States. Chapman's vigilance in detailing the quietest moments of heroism and beauty, as well as the startling and tragic, yields a read that convinces one of both the magnificence of the countryside and the generosity of the people who call it home. A book for the equestrian, the animal lover, and the outdoor enthusiast—or anyone who dreams about one day bringing a longed-for adventure to life.

Posted by Endurance.Net at 8:12 AM No comments:

Cities of Gold: A Journey Across the American Southwest in Pursuit of Coronado - Douglas Preston 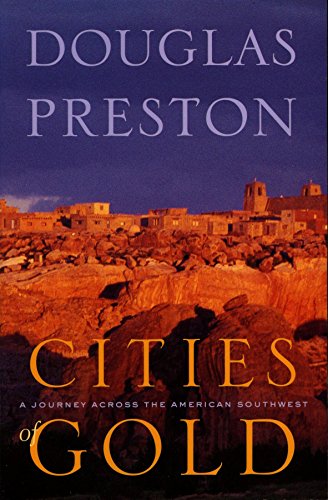 Cities of Gold: A Journey Across the American Southwest in Pursuit of Coronado

“The Old West’s last glimmers flicker through this piercingly beautiful adventure, an unforgettable saga in which Preston, astride his horse Popeye, traverses the desert and mountain wilderness of Arizona and New Mexico retracing the trail-blazing 1540-41 expedition of Spanish Explorer Francisco Vasquez de Coronado in search of the legendary Seven Cities of Gold … In place of the mythical winning of the West, Preston unfolds a harrowing tale of loss.” –Publishers Weekly

“The entire book is a sheer pleasure to read.” –The San Diego Union-Tribune

“A Blue Highways on horseback, well worth the trip.” –Kirkus Reviews

“A riveting yarn, with as many turns as a switchback road.” –The Christian Science Monitor

“A journey of historical importance.” –The New York Times

“By setting out with a companion and four horses to track Coronado’s army across a thousand miles of brutal desert and mountain country, from the Mexican border through Arizona and New Mexico, the author is ready to risk his life to try to see with his own eyes, as it were, ‘that moment, 450 years ago, when the peoples of the Old World and New World first encountered each other’ and quickly began the strife-torn redefining of America. Throughout the book, Preston intersperses the original reports and memoirs of Coronado’s adventure with accounts of his own party’s hard progress, making the centuries dissolve into a common, first-person, present-tense narrative. And along the way he records stories of the people and places he encounters, making brief excursions into mining booms and busts, the history of livestock ranching, the impact of barbed wire and windmills, the first mail routes, homesteading, the destruction of the Indian nations, and much more.” –Smithsonian magazine

Posted by Endurance.Net at 9:14 AM No comments: