On The Hoof: Pacific to Atlantic, A 3,800-Mile Adventure - Jesse Alexander McNeil 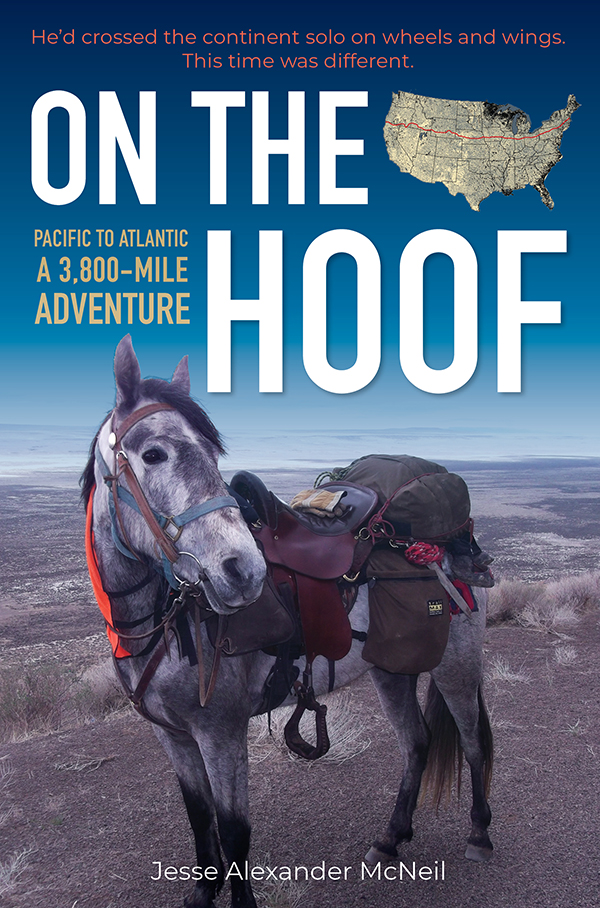 On The Hoof: Pacific to Atlantic, A 3,800-Mile Adventure

The true tale of a voyage that broke a man down and built him back up, with the help of one special horse.

At 36 Jesse McNeil—at times carpenter, commercial fisherman, dabbler in real estate—decided to buy an untrained horse, make himself into a horseman, and ride all the way across the United States, from the Pacific to the Atlantic Ocean.

A fiercely independent traveler, Jesse had navigated previous coast-to-coast trips—solo journeys by moped, bicycle, and small airplane. This time, however, he had a partner: a five-year-old Tennessee Walking Horse named Pepper. An inexperienced horseman with an equally inexperienced mount, Jesse would quickly discover the immense challenges of his new undertaking. Over the course of eight months and fourteen states—beginning in Oregon and ending on a beach in New Hampshire—he would be tested many times over as he learned not only what it took to keep Pepper safe and healthy, but the true value of qualities that he had once easily dismissed: patience and companionship.

The generosity of strangers, from helpful ranchers and storekeepers to suburban families, shaped the pair's journey east. And while at some points the miles didn't unfold as Jesse hoped, others yielded unexpected events that changed his perspective—and quite possibly, his future. Written with honesty, grit, and grace, On the Hoof captures an arduous voyage that broke a man down and built him back up, with the help of one special horse.

Posted by Endurance.Net at 7:20 AM No comments: